Damien Cancelled; The Antichrist will not Return 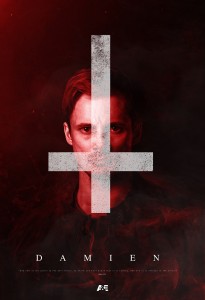 A&E’s Damien will not return for a second series, the network announced, just halfway through the first. While reviews of the show had not been particularly favourable, it is of course viewing figures that matter in TV Land. Unfortunately for all those involved, these weren’t up to much either.

A&E had been hoping to duplicate the success of Bates Motel with another present-day tie-in of a classic horror property with the show, which follows the adult Damien (who, as a child caused so much havoc in 1976’s The Omen), who now seems unaware of his Satanic past, and his destiny as the Antichrist.

Executive producer Glen Mazzara took to Twitter to confirm the news: “This hurts to say but ‘Damien’ will not be getting a second season,” he wrote, adding: “Thank you from all of us to our amazing fans… So sorry we won’t be able to continue our story for you.” 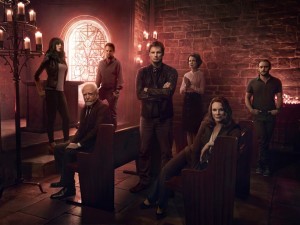 “I really loved making ‘Damien’ — we all did,” Mazzara says. “We just never got the numbers there. Gave it our best shot.”

A prequel to The Omen (tentatively titled The First Omen) is currently planned, with Antonio Campos attached to direct. There is no reason to think that Damien’s cancellation will affect this in any way, although production company Phantom Four will no doubt have one eye on the news.