Following in the footsteps of XX, The CW is developing its own female-driven horror anthology, but this time in the form of a series. Black Rose Anthology will consist of one – hour episodes all written and directed by women. 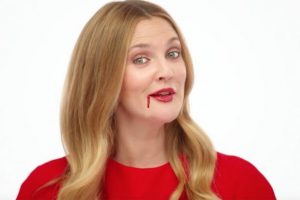 The series comes from Drew Barrymore and Nancy Juvonen’s Flower Films – the company behind Netflix’s Santa Clarita Diet – together with former Scream: The TV Series co-showrunner Jill Blotevogel and CBS TV Studios. Blotevogel will write the pilot script which, as per Deadline, who broke the news, “will explore some of humanity’s deepest fears from a woman’s unique perspective. Classic themes of terror will be tackled via vignettes about guilt, jealousy, repression, paranoia, insanity, sexual obsession and survival through a modern and distinctly feminine lens.”

The rise in prominence of female horror filmmakers in recent years can be nothing but a good thing, particularly in a genre that has always been ahead of the Hollywood curve in terms of strong female leads, and yet frequently come under fire for its more misogynistic avenues. The CW have been combining genre with a distinctly female perspective for a while with the likes of iZombie and The Vampire Diaries.