Cult Favourite The Brain that Wouldn’t Die Getting Remade 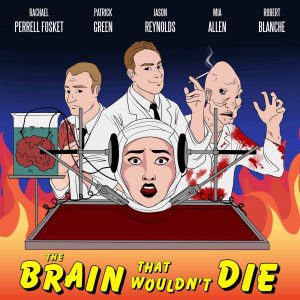 Though very few details have emerged, a remake of cult weirdy The Brain that Wouldn’t Die is on its way, as heralded by this cheaply knocked-up ‘artwork’.

Directed by exploitation distributor Joseph Green, the 1962 original – which has long been in the public domain – starred Jason Evers as Dr. Bill Cortner, whose fiancée Jan is decapitated in a car accident. Luckily however, Cortner’s field of expertise is in transplants and, keeping Jan’s head alive in his lab, the doc goes in search of a suitable new body.

Dr. Cortner is played in the new version by Patrick Green, with Rachael Perrell Fosket as Jan. Robert Blanche, Jason Reynolds, Mia Allen and Kristen Mortensen co-star. It is the feature debut of director Derek Carl, and seems to be treading closely to the plot of the original. 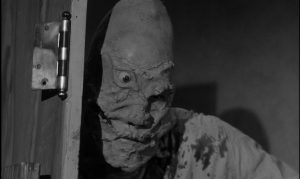 IMDb has a release date of April 1st, 2018 listed for the remake, although the source of this info remains uncertain. With so little details available, it seems odd that a release date would have already been set. Hopefully we’ll know a little more soon.