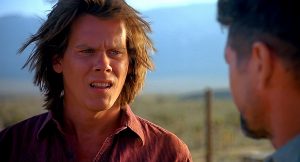 The long-promised Tremors TV series is moving along nicely. Kevin Bacon – who starred in the original 1990 cult classic – has been attached since the project’s inception and, back in June, it was announced that Blumhouse were to produce a pilot for SyFy. The latest is that the pilot has landed a director, in the form of Vincenzo Natali.

Natali firmly announced himself as a director to watch with his feature debut, high-concept sci-fi nightmare Cube, in 1997, and went on to helm 2009’s quite brilliant Splice. Since then, he has directed episodes of a number of landmark series’ including Hannibal, Westworld and The Strain.

The Tremors pilot was written by Andrew Miller, who will be reuniting with Natali, having starred in Cube. Miller also serves as showrunner, and executive produces along with Bacon, David Schiff and Jessica Rhoades.

The pilot sees the giant ‘Graboids’ return to the isolated town of Perfection, Nevada, 25 years since they first appeared. The town puts its hope in Bacon’s Valentine McKee who beat the killer worms once before. To triumph this time however, he’ll have to overcome age, alcohol-dependency and a delusional hero complex. Is the series taking cues from Ash vs. Evil Dead, as the description could suggest? We’ll have to wait and see, but with the names attached, hopes are high for this one.