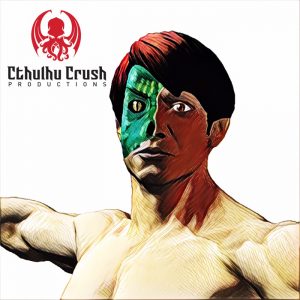 According to the press release that accompanied the announcement, “…an estimated 12.5 million Americans believe in the existence of Lizard People,” and the film – described in the write-up as “…a mix of Slither and Scream,” takes this as its starting point to tell a tale of shape-shifting lizard people rising from beneath Beverly Hills to reclaim the city as their own.

Here’s the official synopsis:
“Disturbed from their ancient slumber by the excavation of a cross-town subway, the ancient reptilian masters of a faded empire strike out to reclaim what was once theirs: Beverly Hills.

Ground zero for their invasion? A once popular, though now faded, hotel, currently the site of a reality TV cooking show competition, and directly overhead of their secret city. Can the collection of unlikely contestants — ambitious, backstabbing, and determined — stop the shape-shifting Terrors From Below below before the reptilian ravagers achieve their goal of conquering first Beverly Hills and then the world?”

Beverly Hills Lizard People will be the fourth Cthulhu Crush Production, following Love, Colin and WTF!. It is slated to begin production in summer 2018 in Vancouver, with a view to releasing in 2019, when David Icke will presumably be first in line.