The Crow Reboot Back From the Dead?

It can’t rain all the time, and the woes surrounding the long-mooted The Crow reboot may soon be over, with the project now reportedly moving ahead with Davis Films, Highland Film Group, and Electric Shadow.

The last big development came earlier this year, when the Edward R. Pressman Film Corporation, who produced the 1994 original, denied Relativity Media rights to any sequels or remakes, following the studio’s decision to remove The Hallow director Corin Hardy from their reboot. The two companies first decided to move ahead with the project back in 2009, with an eye to producing three films. Pressman’s company claimed they were not consulted on the move to take Hardy off the film and, clearly unhappy about it, took the rights back from Relativity.

Edward R. Pressman will produce what has now been tentatively titled The Crow Reborn, alongside Samuel Hadida of Davis Films. Highland Film Group and Electric Shadow also are producing, with Highland also handling international sales. Relativity is still playing a part, with CEO Ryan Kavanaugh remaining onboard as executive producer. 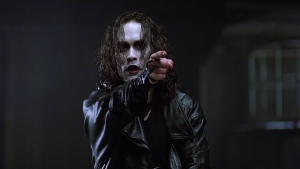 Nothing has been said with regards to any kind of production schedule, and a director has not been announced. Before Hardy was removed, Pressman said in a press release that “the parties believed that Mr. Hardy was particularly suited to re-invigorate The Crow,” so it’s not unlikely that they may still be eying him for the project.