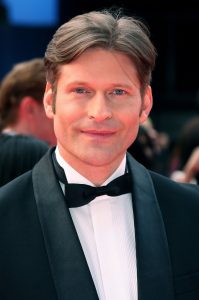 Crispin Glover (Beowolf, American Gods) has been cast in Smiley Face Killers, an internet-focused horror based on true events. The film’s script has been written by American Psycho author Bret Easton Ellis and will be directed by Tim Hunter (River’s Edge).

Not many details have emerged about the plot, but it will be based on conspiracy series that have emerged online about the deaths of men with similar characteristics. It’s very vague, but the film’s grounding in reality is mighty intriguing.

Smiley Face Killers has just begun shooting, so expect to hear more about it soon.