A trio of creepy posters have been unveiled for Ouija’s sequel Origin of Evil from director Mike Flanagan (Oculus, Hush). With a strong set of horror films to his name, Flanagan was a great choice for directing a sequel to a film that was, honestly, not brilliant. Hopefully, he’ll be able to breathe some much-needed spooky life into the film. If the trailer – which you can check out below – is anything to go by, it looks scarily good.

Take a look at the selection of posters below too, which keep in with the film’s already cemented concern with channelling an old-school horror vibe. There’s a classic image of a woman being levitated in one and spooky warnings about what you might see when you try to contact the dead. Why people keep using Ouija boards is beyond me, but it sure is fun to watch from an audience’s perspective. 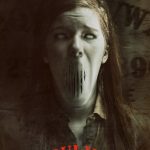 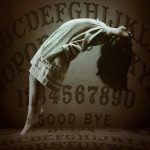 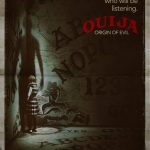 Synopsis:
In 1965 Los Angeles, a widowed mother and her two daughters add a new stunt to bolster their séance scam business and unwittingly invite authentic evil into their home. When the youngest daughter is overtaken by the merciless spirit, this small family confronts unthinkable fears to save her and send her possessor back to the other side.

Ouija: Origin of Evil will be released on 21st October.