Creepy Gameplay Trailer for The Evil Within 2 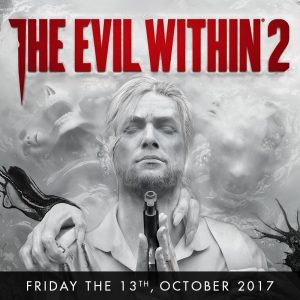 The Evil Within was released back in 2014 and was extremely well-received due to the game’s genuinely terrifying atmosphere and moments of pure horror. Coming from the series creator of the Resident Evil games, Shinji Mikami, means that this should come as no surprise. It is surprising, however, that many are praising the game as being better than RE and are comparing it to Silent Hill.

The game-play trailer – which you can check out below – shows some of the monsters that await Detective Sebastian Castellanos as he heads back to the world of STEM to find his believed-to-be-dead daughter. He will be given the choice to face his demons by battling them head-on, giving him the opportunity to redeem himself by saving the ones he loves. Or, will he tackle these monsters in the dark and sneak within the shadows? The choice is up to you.

Once again, The Evil Within 2 looks like it’s going to be another sure-fire frightening hit, bringing back the first game’s preoccupation with survival and conjuring visceral horror, tension and suspense. Immerse yourself in the chilling trailer below, if you dare.

Keep an eye out on the ongoing E3 2017, to see what other horror video games are heading your way.