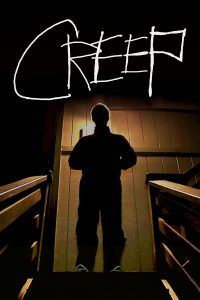 The found footage phenomenon is a trend that has become increasingly popular in horror movies over the last few years, largely because of the unexpected success of The Blair Witch Project in 1999. This wasn’t the first film to utilise this mode of storytelling (Cannibal Holocaust is a notable example), but The Blair Witch Project had a profound effect on independent filmmaking – not just because these films are relatively cheap to produce, but because they also add a sense of realism to these supernatural stories. Creep, released in 2014,  is a relatively simple found footage film, with largely improvised dialogue and only two central characters. Although the film suffers from some of the clichéd techniques that are inherent in the genre – an overreliance on jump scares, a dizzying amount of shaky camera work – Creep is one of the most effective found footage films I’ve ever seen, thanks in large part to the talents of Brice and Duplass, who wrote, directed and starred in the film.

Aaron (Patrick Brice) answers a Craigslist ad to film Josef (Mark Duplass), who is dying from a brain tumour and wants to make a video for his unborn son. But Josef – who is intense and affectionate – doesn’t seem to be telling the truth, and as the film progresses, begins to exhibit increasingly erratic behaviour. Things take a decidedly menacing turn when Josef shows Aaron a mask of a snarling wolf called Peachfuzz, leading Aaron to believe that Josef may be capable of real violence. The final scene, which is both elegant and unexpected, is chilling in its simplicity, and leaves a lasting effect even after the closing credits.

In a film in which there are only two characters, a lot hinges on whether or not the actors are talented enough to carry the narrative, and thankfully, both Brice and Duplass are fantastic in their respective roles. Josef – who spouts the kind of good-natured pseudo-spiritualism that is usually reserved for boring Facebook posts – veers between loneliness and sociopathic desperation, but never feels two-dimensional. Aaron is the less immediate of the two, often merely reacting to Josef’s actions, but Brice’s performance is layered and sensitive, ensuring that the audience is truly invested as the film goes to increasingly darker places.

Of course, that’s not to say that Creep is perfect. The scene in which Aaron and Josef meet for the last time is both eerie and unsettling, but the film continues for a few minutes afterwards, giving us an unnecessary explanation of Josef’s psychosis. The jump scare here is also painfully misjudged, turning a genuinely artistic moment into something far more formulaic. Similarly, it would have been interesting to explore Josef’s history in a way that didn’t feel like exposition. Maybe the addition of his sister – whose voice we hear only once in an unnerving phone call to Aaron – may have enabled us to discover something deeper, but with an inevitable sequel in production, perhaps these questions will be addressed. 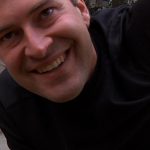 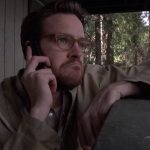 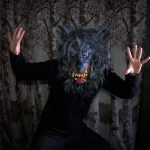 Overall, Creep is one of the best additions to the found footage sub-genre, mainly due to the strength of the main actors and their well-developed characters. Mainly opting for slow-burning tension rather than jump scares, Creep is all the more frightening for its lack of supernatural elements, and with the ever increasing dangers of sites like Craigslist and Grindr, all the action in the film is well within the realms of reality. For fans of more overt horror like Paranormal Activity, Creep may prove a bit too subtle, but for those who like their terror firmly based in the real world, the film is exceptionally creepy indeed.