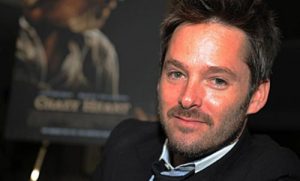 Having picked up Henry Chaisson and Channel Zero creator Nick Antosca’s horror script Antlers last week, Fox Searchlight seem to be wasting no time in moving along towards production. As reported by Variety, Crazy Heart/Hostiles director Scott Cooper (pictured) is being tapped to helm the film.

Antlers already has its producers in place, in the formidable forms of Guillermo del Toro, The Dark Knight trilogy writer David S. Goyer and Arbitrage’s Kevin Turen, the latter two working under their Phantom Four banner. The production sees del Toro continuing his relationship with Fox Searchlight, who put out his acclaimed The Shape of Water this past weekend.

Synopsis:
Antlers follows a fourth-grade teacher who tries to help a troubled boy in her class, only to discover that he’s been hiding a nightmarish secret. Now something terrifying is coming for the boy, and she has to protect him.

Antlers is expected to begin production early in 2018.