They’re used on pirate flags, hazardous material containers and on the biceps of tough guys everywhere, and in horror films they’re often used as jewelry or set pieces. But what are some of the most famous examples of skulls are used in video games?

While most of these inclusions won’t incite fear, they just go to show that sometimes a quick skull here and there can really tie a game together. Or… at least a level or two. Here’s our list of the top five times skulls were used in video games. 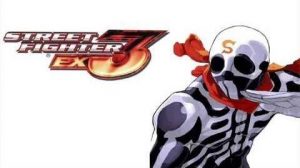 Skullomania (Street Fighter EX)
Even if you’re a fan of the Street Fighter series and you’ve followed along faithfully since its genesis, you might not have spent much time with this iteration that sometimes strays away from its 2D roots. Despite how you feel about the game, though, most fans would agree that the fighter Skullomania stole the show with his vibrant, skeletal appearance. Although the character is a Japanese businessman in costume, it’s hard to describe the Kamen Rider cousin as anything but exciting, extravagant and entertaining. If you’re looking for a more recent appearance from the fighting hero, you’ll want to follow the untitled fighting game from developer Arika due to release sometime in 2018 as he’s been confirmed as a playable character alongside other Street Fighter EX combatants. 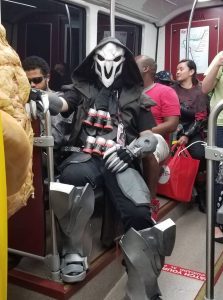 Reaper (Overwatch)
Equipped with signature moves “The Reaping,” “Death Blossom” and “Shadow Step,”  Reaper from Overwatch is a bit like the Grim Reaper that everyone’s familiar with – except this guy doesn’t have a scythe but rather dual pistols. His costume, as one might expect, is mainly black with a hooded cloak and gray boots with a few blood red highlights strewn about. The centerpiece, though, is a stylized skull mask that covers the face, a super recognizable symbol for an ultra popular game. A game that is so popular, in fact, that people are betting cash on the eSport. Don’t believe us? You will after reading a page worth of information on an Overwatch betting guide on Master Mazuma, a bookmaker that deals in eSports markets exclusively. 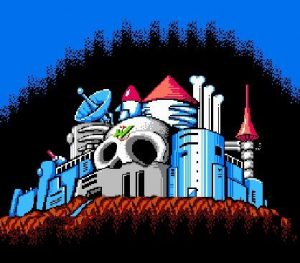 Dr Wily’s Castle (Mega Man 2)
Instead of picking the obvious Mega Man choice and saying Skull Man from Mega Man 4, who can produce a barrier of skulls to protect himself (so metal), we went with the iconic castle from the most popular game in the series, Mega Man 2. Like Castle Grayskull from He-Man except with a major technological upgrade, Wily Castle is a foreboding lair with a giant skull to greet all visitors. The abode even has bones jutting out from the back and is equipped with a high-tech satellite giving off a “we’re not friendly, but we could fix your computer if we wanted to” vibe. Most importantly, it’s home to one of the best video game songs of all time.

Skulltula (The Legend of Zelda: Ocarina of Time)
Probably one of the scariest on this list only because of the nightmares it gave us as kids, skulltulas and their fancy friends gold skulltulas were enemies in The Legend of Zelda: Ocarina of Time. The more gold skulltula tokens (basically a fancy title for spider souls) you collected, the more items you would unlock in the game if you dared enter the eerie “House of Skulltulas” to claim your rewards. The scratchy sound they make when they move will surely haunt us forever as we try to forget these giant spiders with huge skulls for abdomens. 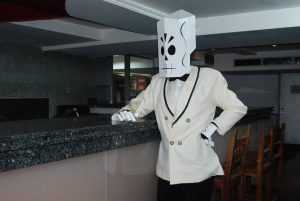 You don’t meet a travel agent who can get you a trip to the underworld very often, but if you do it wouldn’t be the most shocking thing to find out he was a skeleton. While as a whole Manny is just a walking collection of bones, his Dia de los Muertos dome is the most recognizable feature by far. If you haven’t tried this PC masterpiece and love listening to Big Band and Bebop, this is the game for you. And fret not, even if you don’t like PC gaming, this piece of art was remastered for the PlayStation 3, PlayStation 4, PlayStation Vita, Android and Apple with the assurance that the game would make its way onto the rapidly approaching iOS 11.

Okay, so none of these entries was really all that frightening. But what did you expect from a skull? You’d get the same creep factor from throwing a white cloth over your neighbor. If you really wanted freaky, stick with the likes of Fatal Frame, Silent Hill or Resident Evil. They tend to keep their skull count to a minimum.