Corin Hardy to Direct The Conjuring Spin-Off The Nun 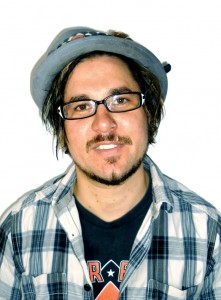 Corin Hardy, the director of the brilliant fairytale horror The Hallow, has signed on to his next project and it’s a big one. Jumping into the world made famous by James Wan, Hardy is set to direct The Nun; a spin-off from The Conjuring.

The terrifying nun first featured in The Conjuring 2 as an entity haunting Lorraine Warren (Vera Farmiga), but the synopsis for Annabelle 2 suggests we may get to see more of her before this. In David F. Sandberg’s Annabelle sequel, a nun worries that her orphaned children are falling victim to a malevolent entity. Could this be the same nun?

For those who are wondering if Hardy is still tied to the infamous Crow reboot that seems to be in development hell, Hardy answered a fan on Twitter who asked that exact question. He replied, “Yeah, keep watching friend.. keep patient, these things take some time..” So, The Crow is certainly not dead, but we may have some time to wait just yet.

Be sure to catch what Sandberg is calling “the Godfather II of creepy doll movies” Annabelle 2 on 11th August 2017.