A new piece of sales art (which amounts to nothing more than a title) on Goldcrest Films’ website suggests that they are still keen to get moving with their remake of The Blob, which was originally scheduled to go into production back in 2015. 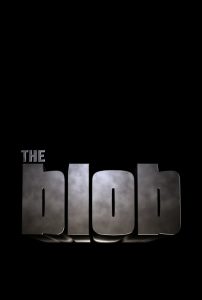 Word is that Con Air/The Expendables 2 director Simon West will helm the film, which will reimagine the events of the 1958, Steve McQueen-starring B-movie classic, in which a gelatinous, extraterrestrial creature lands on Earth and starts devouring its way through the populace of a small American town.

The project originally had Samuel L. Jackson attached to star, although that was back in 2015, so it may well no longer be the case.

As with Fox’s recently announced The Fly remake, The Blob is based on a film which has already been remade in fine fashion in the ‘80s, in this case by Chuck Russell in 1988. As such, fans will be justified in questioning the validity of this re-remake although, as West said in 2015, “With modern CGI we can now fully realise the potential of The Blob. The world I create will be totally believable, immersive and emotionally satisfying. It’s a thrill to introduce an enduring icon to a wider audience and a whole new era of fans.”