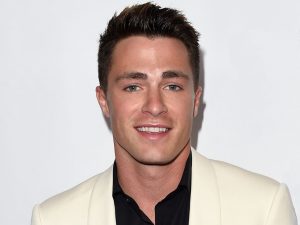 Actor Colton Haynes took to Instagram and Twitter this week to announce that he has been cast in the next season of American Horror Story. This will be Haynes’ first time in Ryan Murphy’s AHS world, but he has recently had roles in Look, Teen Wolf and Arrow, so he’s no stranger to starring in quality television.

Ryan Murphy also confirmed the news on Instagram, welcoming Colton Haynes to the AHS “family” with a picture of the actor looking bloodied up. The next season will be the seventh and will have a theme inspired by the Trump/Hilary election in the USA. As always, further details are being kept securely under wraps until nearer the airdate.