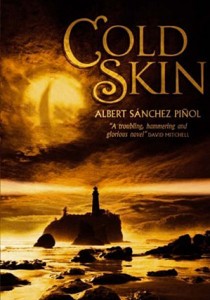 Back in 2009, Hard Candy/30 Days of Night director David Slade was all set to helm Cold Skin, a film based on the 2002 best-selling novel by Catalan author Albert Sánchez Piñol. Two years later and Slade had been dropped, replaced by Xavier Gens, a director who helped start the ‘New French Extremity’ movement with 2007’s Frontier(s). After spending the next few years in development hell however, filming on Cold Skin is finally underway!

Set sometime in the years following World War I, the story concerns a young man arriving at a remote Antarctic island to take on the lonely position of weather observer. Instead of the man he has been sent to relieve however, the young man a finds a deranged castaway who has witnessed terrible things. Amphibious creatures, psychosis and bestiality follow in a truly twisted tale. 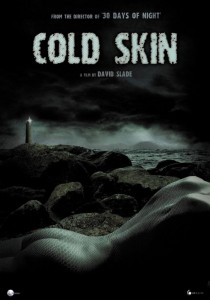 Principal photography is taking place primarily in the Canary Islands, with the shoot then moving to Iceland for exteriors. We’ll keep you updated, ‘cause this is most definitely one to keep an eye on.