Up Close and Personal with Chris Sun’s Boar

As Charlie’s Farm director Chris Sun gears up for the Australian release of his latest gorefest, Boar, we can take a closer look at the titular beast with these new behind-the-scenes photos, shared on the film’s Facebook page. 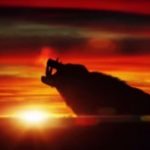 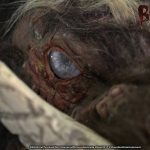 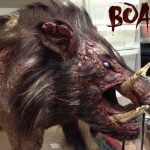 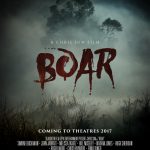 While comparisons to Ozploitation classic Razorback seem inevitable, this film features a far bigger boar and promises a lot more splatter. Eschewing the temptation of an entirely CGI monster, Sun recently said that his 14-foot long, 8-foot tall beast is brought to life with “…80-85% practical FX and 15-20% VFX,” with CGI only being utilised to “help him move and look as realistic as possible.”

“When designing the beast for Boar I wanted to make him look as evil as possible, [but] still have some normal wild pig elements to him,” Sun further explains. “But let’s be honest this is Movie Land and we are making a horror film about a giant killer pig, so it was important we made him look terrifying for you creature feature fans out there.”

Boar was recently picked up for distribution by Universal Pictures Australia, who will unleash the beast into Australian cinemas later this year.