Claire Foy Cast in The Girl in the Spider’s Web 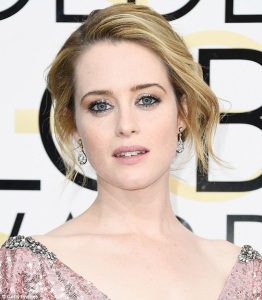 As expected, The Crown’s Claire Foy has been cast in the role of Lisbeth Salander in the upcoming adaptation of The Girl in the Spider’s Web. The film is to be directed by Evil Dead and Don’t Breathe director Fede Alvarez and will be based on the novel of the same name written by David Lagercrantz; the first Girl novel not to be written by Stieg Larsson, who sadly passed away from a heart attack in 2004. He didn’t live to see the success of his trilogy.

“I couldn’t be more thrilled about Claire taking the reins of the iconic Lisbeth Salander. Claire is an incredible, rare talent who will inject a new and exciting life into Lisbeth. I can’t wait to bring this new story to a worldwide audience, with Claire Foy at its centre.”

It’s sad that we’re not getting such a direct sequel to David Fincher’s The Girl with the Dragon Tattoo, but we’re excited to see Lisbeth Salander back on our screens regardless. If her performance in The Crown is anything to go by, then Foy seems more than capable of bringing the challenging role to life.

David Fincher will executive produce the film, which is set to be released on 19th October 2018.