Christopher Borrelli has signed on to write the script for the remake of Housebound; a supernatural comedy from 2014 that hailed from New Zealand. Why we need a remake of an English-language film two years after its original release is beyond me, but this is happening. 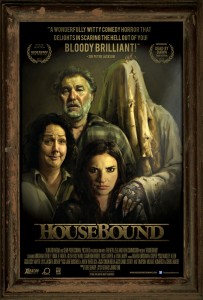 The original film came from director Gerard Johnstone and followed a young woman as she returns to her childhood home under house arrest. Spooky things start happening and they lead her to suspect that something sinister has taken hold of the house. It’s a hilarious and sometimes pretty scary flick, so if you haven’t given it a watch, we encourage you to do so. We loved it so much that we gave it 5 stars. Check out the review here.

Borrelli most recently wrote the script for 2015’s possession horror The Vatican Tapes and also the mystery-thriller Eloise, so he’s no stranger to the genre. Hopefully he will be able to transfer the prominent laughs and scares from Housebound’s story to this upcoming reimagining.