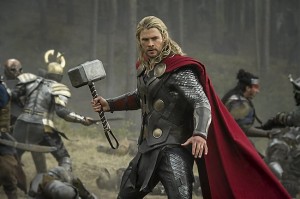 The Ghostbusters remake is well under way and director Paul Feig is adding some more faces to the line-up as the production date draws closer.

Feig took to Twitter to announce the news that Chris Hemsworth (Thor, Cabin in the Woods) will be playing the role of the receptionist. Annie Potts originally played receptionist Janine Melnitz, but Feig has given all the characters a gender role swap, hence Hemsworth.

Starring alongside will be some of the funniest women in film including Kristen Wiig, Melissa McCarthy, Kate McKinnon and Leslie Jones as the four Ghostbusters.