Chloe Grace Moretz is Bound in New Poster for Suspiria

Suspiria continues to receive rave reviews as it screens at the London Film Festival and my excitement is officially through the roof. What originally began as just another horror film remake has become something rather wonderful, apparently, and I can’t wait.

A brand new poster has been unleashed and it shows one of the film’s stars Chloe Grace Moretz as she is bound by darkness. She does look rather confused, but why? 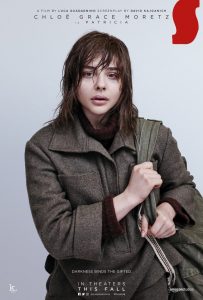