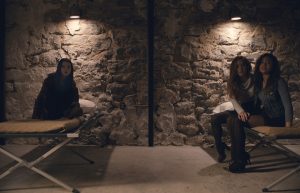 Split could hardly be a more apt title for an M. Night Shyamalan film. As divisive as any genre director out there, he seems to be one of those filmmakers of whom you’re either a fan, or you’re really not. While I tend to fall into the latter camp, it’s hard not to be intrigued by his latest.

Ahead of its January release, a very promising second trailer has arrived for Split, which stars James McAvoy as schizophrenic psychopath Kevin, who harbours at least 23 warring personalities. Also starring as Casey is Anya Taylor-Joy, who made such a splash in this year’s The Witch. In Split, she and two of her friends are kidnapped by McAvoy’s Kevin, who gradually begins to reveal another identity he calls ‘The Beast’.

Read on for the full synopsis to Split, which had a secret screening at Austin’s Fantastic Fest in September.

While the mental divisions of those with dissociative identity disorder have long fascinated and eluded science, it is believed that some can also manifest unique physical attributes for each personality, a cognitive and physiological prism within a single being. 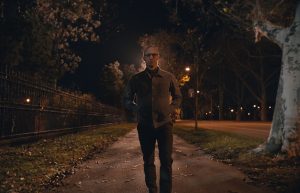 Though Kevin (McAvoy) has evidenced 23 personalities to his trusted psychiatrist, Dr. Fletcher (Buckley), there remains one still submerged who is set to materialise and dominate all the others. Compelled to abduct three teenage girls led by the wilful, observant Casey (Taylor-Joy), Kevin reaches a war for survival among all of those contained within him—as well as everyone around him—as the walls between his compartments shatter apart.

Split will no doubt divide audiences when it lands in cinemas on January 20th, 2017.