Gretel & Hansel, the new horror film from Osgood Perkins (The Blackcoat’s Daughter, I Am the Pretty Thing That Lives in the House) and Orion Pictures, hits theatres in the new year—and its creepy new poster shows just how hungry the witch in the woods truly is. 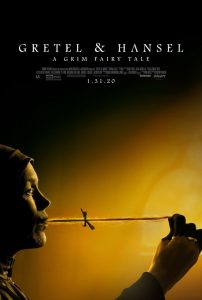 Putting a dark spin on the already pretty damn dark Brothers Grimm fairytale, Gretel & Hansel is set long ago and sees a young girl leading her little brother into a dark wood. They’re looking for food and work, but what they find is altogether more evil and more terrifying…