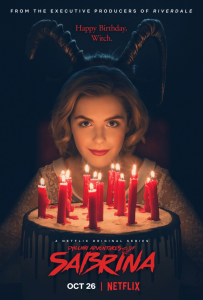 Netflix will summon the third season of Chilling Adventures of Sabrina on January 24th, 2020. In it, Sabrina Spellman (Kiernan Shipka) will go to hell and back—literally. And while she’s there, she’ll run into Sam Corlett (The Dry), who has just been cast as the Prince of Hell.

Following the harrowing events of Part Two, the new season will see Sabrina setting out on a mission to save her boyfriend, Nicholas Scratch, from eternal damnation. But with hell’s throne sitting empty following Sabrina’s defeat of her father, she must defend it against a handsome challenger…