Synopsis:
A young woman receives a letter from her sister which expresses her love for her new life. However, sensing that there is more to the letter than meets the eye, she sets out in the hope of discovering the truth behind her sister’s unexpected happiness.

Children of Sorrow begins in a curious fashion. It’s hard to pin-point exactly what it aims to do as we are thrown in to its confusing opening sequence. We are less introduced and more shoved in to the maniacal mind of Simon Leach, a preacher with a community on the USA-Mexico border. Filmed on a hand-held camera, we have a lady called Mary told to film everything; the atmosphere, the scenery and Father Leach himself. For what reason, we do not know. Then, he hastily starts shooting a gun in the air. Again, for a reason that is unclear. Shooting these scenes on a hand-held camera increases the feeling of disorientation and general madness. The first 10 minutes of the film are shoddily put together, filled with Blair Witch-style emotional close-ups and footage that is filmed for the hell of it. This early structural difficulty of the film does not bode well and any hopes of a clear plot appear to be thrown to the wind. However, if you can make it through the first half-hour, we are to be met with a decent pay-off, I promise.

Undoubtedly, Children of Sorrow goes for the slow-burn approach and aims to keep its audience intrigued through in-depth interviews with characters that give us an insight into their lives; basically, what has brought them to Father Simon’s religious madhouse. The justly named Father Simon Leach, sucks the life out of his ‘children’. He brainwashes them in to believing they are sinners for various reasons; mainly due to sex and alcoholism.  As expected, he’s a massive hypocrite and, without spoiling some of the film’s more disturbing moments, he does several unforgivable and unexplainable actions. Furthermore, Father Simon doesn’t like things that “excite the mind” so the entire living space is awash with beiges, browns and creams. Very earthy, but it just reminds us how generally bland the film is. Borrowing from ideas explored in recent cult-horror films like The Sacrament, Red State and even Martha, Marcy, May Marlene, Children of Sorrow fails to deliver a truly unsettling experience. Father Simon is more of a cartoon, melodramatic villain who plays to the cameras, rather than someone who evokes any real fear. This being said, the film does provide us with some shocking images that will leave you thinking, “wow” if nothing else. Most of these moments happen towards the end of the film and it’s a shame it takes so long to get there, because the final third is shocking and rather great.

Aside from its meandering beginning and sloppy direction, this is a solid flick that explores the inside of a backwards cult in a usually interesting manner. It would have worked far more in its favour if it chose to be traditionally filmed as the use of hand-held camera becomes tiresome and distracting almost immediately. There are plenty of questions left unanswered as the film draws to a close and it is not without its faults, but there’s plenty in the final act to give Children of Sorrow some kind of redemption. 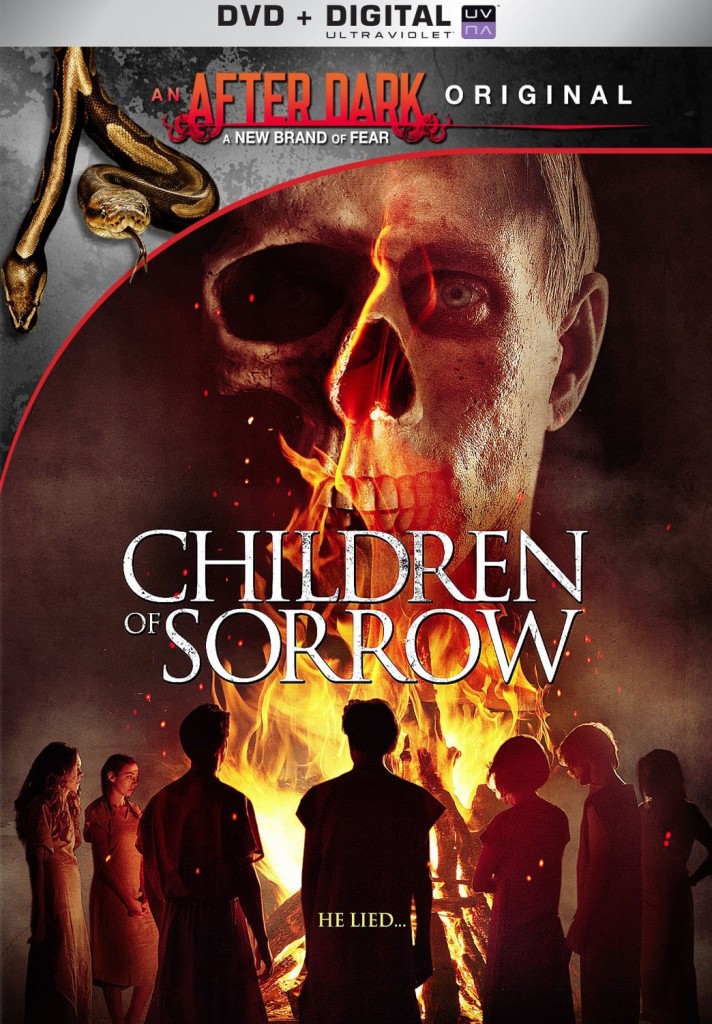