Cheyenne Jackson will Return to American Horror Story for Season 7 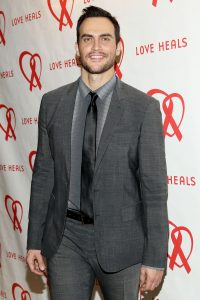 The unstoppable force that is American Horror Story is further moving forward with its anticipated seventh season. Cheyenne Jackson has now joined the cast of the new season that takes inspiration from last year’s presidential election in the US, by beginning its events on the night(mare) of the election.

Specific details have not been announced yet, but it is no surprise to see that AHS is keeping its cards close to its chest for now. The greatness of AHS lies in the mystery of the show’s plot and the characters the returning actors will play this time round. Jackson was previously in season 5’s Hotel as Will Drake and the recent Roanoke season from last year; without spoiling, he was a key to Roanoke’s nail-biting twist.