Chew on These New Images and Alternative Poster for The Pack 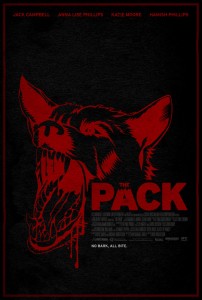 As it readies for its release in a couple of days, we have an array of vicious images to share with you from the upcoming man-vs-beast flick The Pack and they showcase the snarling beasts and the bloody damage they will cause. They look pretty damn aggressive, don’t they?

There is also an excellent alternative poster for the film that embraces simplicity with its short and snappy tagline “No Bark and All Bite” as well its choice of red and black. A picture certainly speaks a thousand words with the poster conveying violence, gore and fear in just one image.

Synopsis:
Man’s best friend becomes his worst nightmare when a horde of bloodthirsty wild dogs descends upon a family’s farmhouse in a fang-bearing fight for survival. 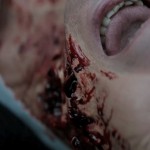 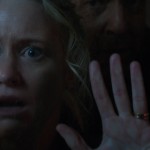 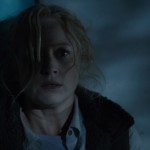 The Pack has been directed by Nick Robertson and stars Ana Lise Phillips, Jack Campbell and Kieran Thomas. It will be released theatrically and on VOD on 5th February. Check out the intense trailer below.