Chew on These Behind the Scenes Shots from Gnaw 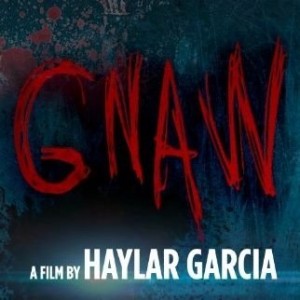 Currently in production is Gnaw, a horror film from Unreal Media and Wrecking Ball Pictures in association with Entropy Studio, and it’s promising gore. Principal photography began in Denver, Colorado on May 2nd, with director Haylar Garcia (An American Terror), a native of the city.

The Vampire Diaries’ Penelope Mitchell stars as Jennifer Conrad, who flees her small-town home to escape her abusive husband Boyd (Chris J. Johnson, also of The Vampire Diaries) and make a new life for herself in the big city. Starting over proves difficult however, when a supernatural creature follows her and begins literally eating her alive, bite by bite.

You can check out a collection of behind the scenes shots released by the production below. 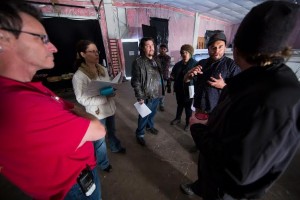 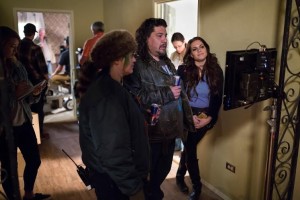 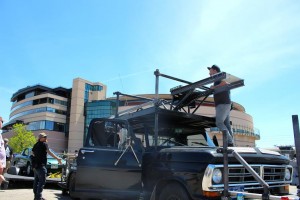 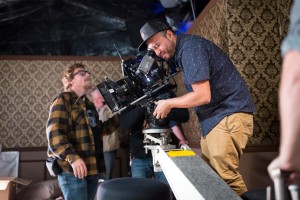