Charlotte’s Sister is Cast in The Exorcist 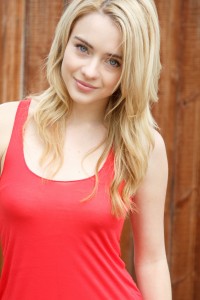 Hannah Kasulka (True Blood) has been cast in the upcoming Fox pilot of The Exorcist; a re-imagining on the classic tale of terror from William Blatty. The young actress has been cast as Casey Rance, Charlotte’s sister. Described as the wall-flower of the family, Casey becomes increasingly worried about Charlotte, who has been secluded in her room since she suffered an accident.

We recently reported that Brianne Howey would be playing the new Regan, Charlotte, and that the script has been written by Jeremy Slater. So far, we’re only getting a pilot of the series, but if it is well-received we could be looking at a 13-episode run.

The Exorcist has been directed by Rupert Wyatt (Rise of the Planet of the Apes) and is set to air on Fox later this year.