POWERTOOL CHEERLEADERS VS THE BOYBAND OF THE SCREECHING DEAD

We love an eye-catching title here at SCREAM MAGAZINE—and they don’t come much more eye-catching than Powertool Cheerleaders vs the Boyband of the Screeching Dead, the latest film from writer-director Pat Higgins (The Devil’s Music)!

Described as a full-tilt musical horror-comedy featuring toe-tapping songs and geysers of gore, Powertool Cheerleaders vs the Boyband of the Screeching Dead is set on the eve of a televised talent show, when an enthusiastic but dysfunctional cheerleading troop is on the brink of falling apart. But when a cursed necklace turns their rival act into a screeching gang of zombies, the girls must learn to use their wits, friendship, and assorted power tools—before the TV finale takes a turn for the apocalyptic… 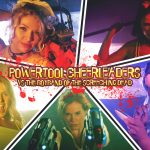 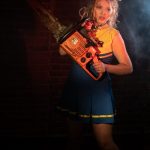 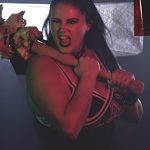 “Pat and I first met during pre-production of the 2012 schlockfest ‘Strippers vs Werewolves’, a film very loosely based on one of his scripts,” Bond told Scream exclusively. “Anyone who’s ever been to one of Pat’s fantastic workshops knows that the end product was nothing like the brilliant original script, which I adored, and I was desperate to see a project properly representative of his fantastic writing. After seeing what was, frankly, an iconic tweet from him two years ago, I contacted him to see if we could pull together a do-over, nearly ten years on, with way better equipment, skills, and way less budget, though slightly more battle-scarred. We’ve since pulled in all the favours, pulled out all the stops, and managed to pull together what is shaping up to be a new, modern cult classic—our way!

“Whilst it has been truly wonderful to be part of some incredible productions within the previously thriving indie scene, it is the honour of my life to be producing this project, alongside a kickass crew and cast who have had our backs from day one. We know we can just about pull this off with zero budget. But by generating some additional income via Kickstarter for some specific costs, we can add even more people to the little family that is this film, and take them with us on this mad adventure. In fact, one of our actors, Carrie Thompson, summed it up perfectly: ‘We want to make an amazing, shiny gift for everybody… And the more money we have, the shinier the gift will be!’” 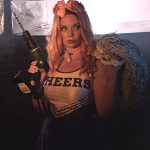 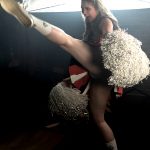 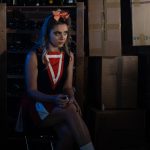 The Kickstarter campaign for Powertool Cheerleaders vs the Boyband of the Screeching Dead is now live, with perks ranging from a digital download of the finished film to premiere tickets and even the chance to get the Powertool Cheerleaders to cheer out your name from the set. You can learn more and support the campaign by clicking here.