A teaser trailer has just been unveiled for the third season of Channel Zero and this one is to be based on the creepypasta Butcher’s Block. The second season, No-End House, has just concluded on Syfy, so it’s no surprise to see footage from the next instalment emerging now. 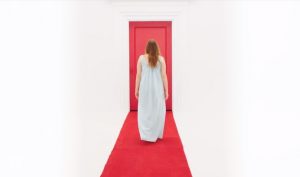 The story will follow a young woman called Alice (Olivia Luccardi) as she becomes embroiled in mysterious disappearances that are rumoured to be connected to mysterious staircases. The lead villain is to be Joseph Peach (Rutget Hauer) a man who disappeared after the murder of his daughters.

Check out the ominous teaser below which teases the blood and gore we can expect from Syfy’s next season. Channel Zero: Butcher’s Block will hit Syfy in early 2018. Channel Zero’s second season No-End House will premiere in the UK on 5Star on Halloween night at 10pm. Be sure to tune in!