There has certainly been no shortage of Stephen King adaptations over the years, and they come in all shapes and sizes. Focusing only on the past few years, King’s stories have been TV shows (Under the Dome), mini-series (11/22/63), cable movies (Big Driver), and independent films that barely see the inside of a movie theater, such as last year’s A Good Marriage and Mercy, and this latest offering: a feature film rendition of arguably King’s most recent “full-bore horror” novel, Cell. And while Cell suffered numerous production and release delays, it’s not like it’s some sort of damaged goods. It’s actually pretty darn good! 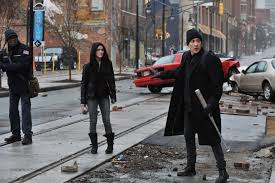 Co-written by King himself and directed by Tod Williams (Paranormal Activity 2), Cell may have taken in an inordinate amount of time to hit the screens, but fans of the novel will probably find a decent amount to like here. King (and co-writer Adam Alleca) have compressed a lot of the novel into a relatively brisk package, plus they’ve taken some fairly large liberties with the novel’s third act — which was sort of a bone of contention among fans anyway. Whether or not the changes qualify as an improvement is up to the viewer, but as a fan of the book, I think the alterations suit the story well.

John Cusack and Samuel L. Jackson reunite for a second King adaptation (after 2007’s 1408), although this time they’re dealing with something much scarier than a haunted hotel room: it seems that the world has been stricken with a cell phone-based virus that causes people to flip out and turn into ravenous freaks not unlike the ones we saw in Danny Boyle’s 28 Days Later. But while that “rage virus” was biological in nature, the one displayed here is a nightmare born of our ravenous attachment to cell phone technology.

Clay Riddell (Cusack) is a graphic novelist stuck inside an airport when all hell breaks loose; Tom McCourt (Jackson) is a resourceful train engineer who joins Clay on his grim and eventful post-apocalyptic trek to see if his young son is still alive. Along the way the duo joins forces with a colorful variety of survivors — very few of whom, unfortunately, manage to last all that long.

While the characters are not fleshed out quite as extensively as they were in the source material (the movie is only 98 minutes long, after all), Cusack and Jackson do a fine job of providing us with two well-meaning heroes who are forced to do some very distasteful things. As Alice, one of the novel’s more memorable characters, Isabelle Fuhrman brings a welcome sense of feminine class to a very grim story, and there’s also some fine support from Stacy Keach (as a school headmaster who still has some fight left in him), Anthony Reynolds (as a jittery survivor who may hold the key to mankind’s salvation), and young Owen Teague as a resourceful teenaged nerd who proves himself quite the reliable ally. 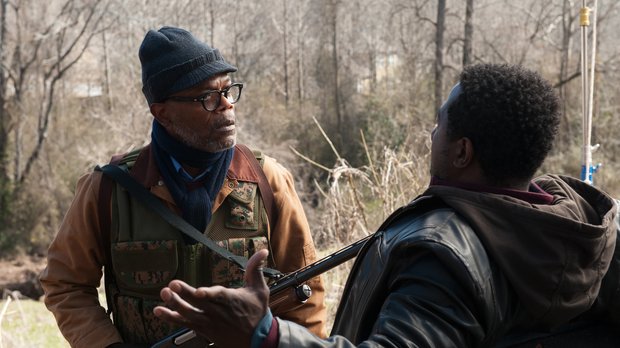 Whether or not the movie version of Cell “fixes” the novel’s slightly problematic third act is up to the viewer to decide, but it’s always nice when an underrated novel inspires a decent film version. There’s not a whole lot to Cell we haven’t seen before, but it manages to combine a zombie flick, a Michael Crichton-y concept, and am oddly effective road movie into one surprisingly entertaining package.