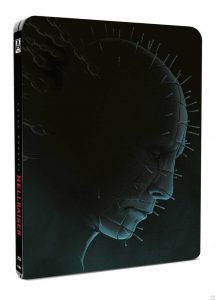 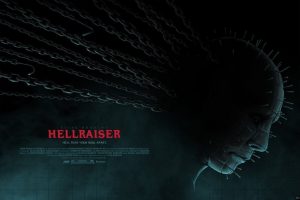 Back in 1987 Hellraiser premiered at the awesome Prince Charles Cinema in Leicester Square and now the cinema is celebrating its iconic place in horror film history. On 25th September the PCC will play host to a special screening of Hellraiser; showcasing Hellraiser where it began all those years ago.

Mondo will be celebrating the anniversary by releasing a special LP edition of the soundtrack with brand new art by Matt Ryan Tobin, plus liner notes from Clive Barker and a replica lament configuration box. This edition will be available only at the screening at the PCC. There will additionally be a Mondo Exclusive, limited to 2000 copies online. Both will price at £30 each. There will also be a box set edition which will be limited to 1000 copies and will be a little bit more expensive.

Matt Ryan Tobin has also designed a striking mondo poster which will be available from PrinceCharlesCinema.com and is limited to only 325 copies. It will go on sale on 1st September. You best get online fast.

If you don’t manage to get your hands on any of these then you’ll be glad to know that Arrow Video will be released a special Hellraiser steelbook on 23rd October; perfect if you’re keen on a Hellraiser watch this Halloween.