Celebrate Our Differences in Pieles Trailer 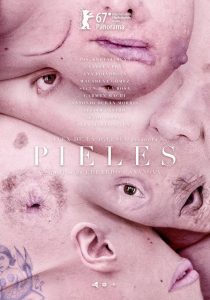 It was revealed a few days ago that actor and filmmaker Eduardo Casanova’s feature directorial debut Pieles is to screen at this year’s Berlin International Film Festival, and the first trailer has now dropped. Prepare yourself though: It’s weird as fuck.

Pieles, which translates as Skins, seeks to explore how our physical appearances affect the way we view ourselves and lead our lives. The lead characters all differ wildly from what society accepts as the physical ‘norm’ (although what even is that?), and either live as recluses or join forces to fight back against those who persecute them.

Pieles builds on themes established in Casanova’s provocative and challenging short films, which include 2015’s Eat My Shit, a crass but surprisingly sweet episode in the life of Samantha (also a lead character in Pieles), whose “bottom side up” digestive system poses daily complications. Youtube it, just not while in a public place. 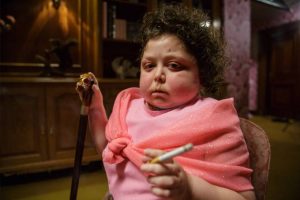 Just as unsettling as Pieles’ trailer is the film’s Picasso-made-flesh poster, which encompasses Casanova’s key themes in one handy image.