CBS All Access has ordered Tell Me a Story, a psychological thriller series that will reimagine fairy tales as darker tales of love, loss, greed, revenge and murder. Sounds right up our street and very similar to Once Upon A Time, which is an, albeit, family-friendlier take on darker fairy tales. 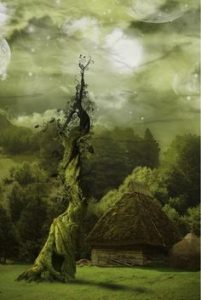 The series will be an anthology, with the first season’s stories focusing on The Three Little Pigs, Little Red Riding Hood and Jack and the Beanstalk. These stories are somewhat dark in their original form, but it will be intriguing to see how they are made into full-blown psychological thrillers.

Scream writer and Vampire Diaries co-creator Keven Williamson will be at the helm of the series and he will executive produce alongside Aaron Kaplan and Dana Honor.