Cats are Monsters in the Trailer for Moggy Creatures 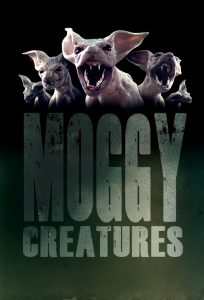 If you’ve ever dreamed of taking in a stray cat in the hope of fulfilling your life as well as the cat’s, you may want to have a re-think. In this trailer for Moggy Creatures a couple do just that to help re-build their troubled marriage. To say they get more than they bargained for is an under-statement, because the stray kitty spawns monstrous creatures that aren’t quite the cute kittens you’d hope for.

The trailer boasts brilliant FX with its creepy felines, but if anything, this is a touching story about the important bond between an owner and her pets. Who are we kidding? Check it out below, it looks like the perfect remedy for the domination of cute cat videos on the ‘net.

Moggy Creatures comes from director Scott Frazelle and stars Michael Moon and Sadie Katz. It is based on the short story of the same name from Frazelle.