To coincide with the new UK release of Lucio Fulci’s ZOMBIE FLESH EATERS we met up with actor Ian McCulloch last month in bonny Scotland to talk about his role in the 1979 cult horror. Check out issue #15 of SCREAM now to read what Ian had to say along with plenty of gruesome pictures.

We love it when our HORROR CELEBRITY MATES email us pictures of them reading SCREAM. Here’s a new pic straight in from Vancouver, Canada – the home of Sylvia Soska, director of DEAD HOOKER IN A TRUNK and the upcoming AMERICAN MARY. Thanks, Sylv! Cute pic!

Since SCREAM first hit the stands we’ve been avid supporters of the DVD and Blu-ray releases of Arrow Video. At a time when physical media is supposedly in decline, Arrow continues to push the boundaries of quality and presentation with their releases, giving consumers fan pleasing editions of the films that are a huge part …Read More

New pic just in from LA! It’s Corey Feldman star of The Lost Boys movies and the 2013 releases The Zombie King and 6 Degrees of Hell. Corey is a lot of fun!

That’s right! Subscribe to SCREAM – your favourite full colour bi-monthly gory glossy and receive a brand new and sealed horror DVD with your first subscription copy! This is a perfect gift for those horror fans in your life at this festive season too!

The Hills Have Eyes Star Michael Berryman Checks Out SCREAM

We love getting photos of our favourite horror celebrities posing with their favourite gory glossy. And here’s a great picture of Michael Berryman taken last night in Los Angeles after a scrumptious meal with Team SCREAM. You can check out Michael on the cover of SCREAM issue #13 that featured our exclusive interview with him …Read More

Fede Alvarez’s upcoming remake of Sam Raimi’s EVIL DEAD is causing a stir with horror fans all over the world. The latest we have is this new poster. Click the poster image for a bigger version: SYNOPSIS: Five twenty-something friends become holed up in a remote cabin. When they discover a Book of the Dead, …Read More 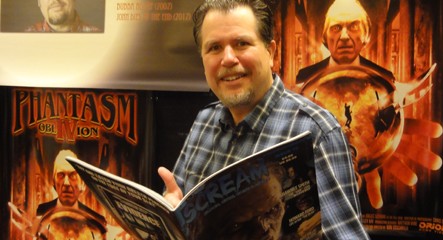 We met up with US movie director Don Coscarelli last month for an exclusive interview with everyones favourite full colour horror magazine. We had a blast chatting with Don about all those Phantasm films and you can read all about in next months new issue of SCREAM. Hmm… we really must dust off the old …Read More

Among Friends: The SCREAM Interview

Among Friends is a new movie about a group of friends who get together for a dinner party which turns into a violent, horrific and ultimately hilarious ordeal. Bernadette (Alyssa Lobit) organises a 1980’s themed murder mystery for her BFFs, who unsuspectingly arrive in anticipation of nothing more than a playful evening of cocktails, drugs …Read More

We just got sent this rather enjoyable picture of the villainous Marcus Miller aka The Orphan Killer! The Orphan Killer is a tour de force murder flick that defies classification. A limited test release of The Orphan Killer was distributed through Facebook last year. The response from horror fans worldwide was phenomenal and the movie …Read More

Here’s the brand new UK quad for Lionsgate’s release of TEXAS CHAINSAW 3D, a continuation of the legendary story of the homicidal Sawyer family, picking up where Tobe Hooper’s 1974 horror classic left off. The film is released in UK cinemas January 9th 2013 with advanced previews on the 4th and 5th of January. In …Read More

Launching in the December issue of SCREAM is a new a serialised comic-strip extension of Frank Henenlotter’s BASKET CASE films. Charting the further adventures of Duane and his evil twin brother Belial, U.S. comic artist Joshua Emerick who joins SCREAM’s American division (along with colourist Eric Kochanski) aims to please fans of the movies while …Read More

The ultimate horror doublebill comes your way on the 6th November 2012 courtesy of GRIMM UP NORTH and THE PLAZA SUPER CINEMA in Stockport. Our friends up at Grimm Up North have partnered with the BFI and Metrdome Films to bring UK horror fans the remastered and extended cut of director Stanley Kubrick’s classic along …Read More

The Ford Brothers, the team behind the acclaimed ‘modern Classic’ zombie thriller ‘The Dead’, have revealed that the much awaited sequel ‘The Dead 2’ will be shot in India. Recent SCREAM interviewee director Howard J Ford announced this week that the film, for which the screenplay is now completed, is anticipated to start production in …Read More

One of the many Ross Noble STITCHES film posters featuring a quote from SCREAM gracing the London Undergrounds. We did enjoy STITCHES! So much gore and an undead killer clown – what more do you want? STITCHES is showing at UK cinemas now.

This Halloween sees the nationwide release of Silent Hill: Revelation 3D. A highly anticipated feature derived from subject matter which is beloved by many; the movie also looks like it’s going to set a new high standard in the world of fantasy horror. In the run up to the release, SCREAM’s Colin McCracken caught up …Read More

SCREAM is Supporting  The 13th Hour Horror Festival. It runs from 10th of October until the 4th of November 2012 at London’s Leicester Square Theatre. Tickets on sale now now at the box office: 08448 733433. Visit their website here too: www.leicestersquaretheatre.com Here’s a copy of the festival flyer that was handed it earlier this …Read More 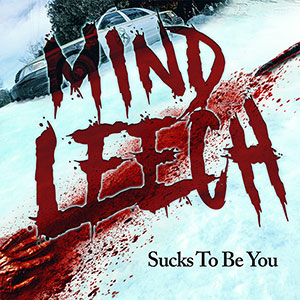 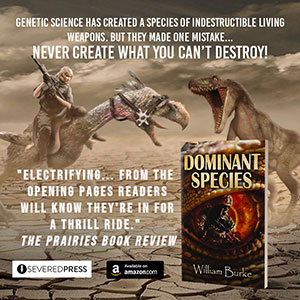 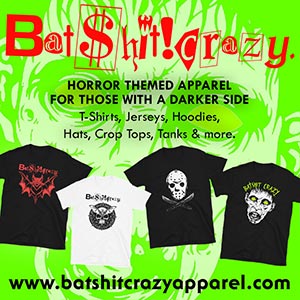 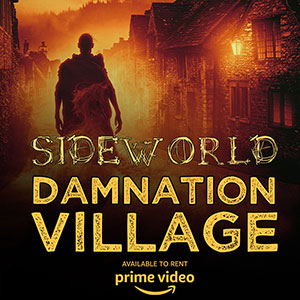 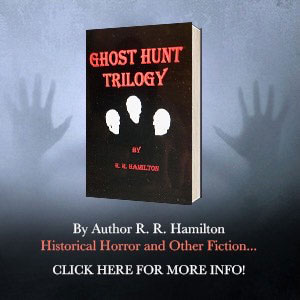