The recent wave of Stephen King adaptations thankfully shows no sign of slowing, and a number of the author’s creations will come together under one roof in the J.J. Abrams-produced Hulu series Castle Rock. We saw a confounding teaser late last year and, ahead of the show’s premiere sometime this year, Hulu have given us this new trailer. It still doesn’t tell us much, but does carry a creepy, ominous vibe.

The show – which it’s fair to say we’re all a touch excited about – is named after the fictional Maine town that provides a setting for a number of King’s works, and will tell an original story into which a number of familiar characters will wander.

The cast includes It’s Bill Skarsgård, not as Pennywise but an inmate at Shawshank Prison; the setting of The Shawshank Redemption and mentioned in any number of King’s tales. Carrie’s Sissy Spacek also stars, with Scott Glenn, Jane Levy, Terry O’Quinn, Melanie Lynskey and André Holland, who plays death row attorney Henry Deaver.

Expect more on Castle Rock in the coming months. 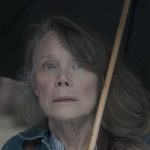 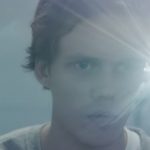 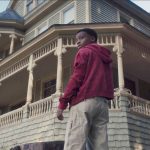