Greg Yaitanes directed one of the best episodes of Castle Rock’s first season, “The Queen,” which saw Ruth Deaver (Sissy Spacek) navigating a maze of past and present inside her own troubled mind. We’re thrilled to hear that Yaitanes is returning for Season Two, directing both the premiere episode and one other. And according to him, this season is going to feel even tenser and more urgent. 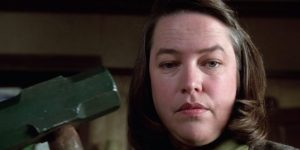 Yaitanes also says that this season will revisit familiar parts of the town while introducing us to new places. We’re sure they’ll have just as many dark secrets and skeletons in the closet.