Casting in progress on remake of heart-stopper Flatliners

Casting is now underway on Sony’s upcoming remake of Joel Schumacher’s sci-fi chiller Flatliners. The underrated 1990 original starred Kevin Bacon, Kiefer Sutherland and Julia Roberts as medical students who explore what lies beyond death, having their hearts stopped, then revived. As they begin to stay ‘dead’ for longer, childhood nightmares come back, and begin to manifest into things more real. 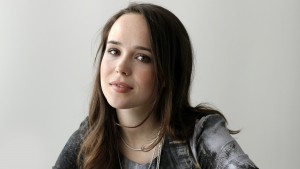 None-more-awesome indie queen Ellen Page has reportedly already been cast in the re-imagining, which is to be directed by The Girl with the Dragon Tattoo helmer Niels Arden Oplev. The script is by Source Code writer Ben Ripley, who kicked off his career writing 2004’s Species III.

In negotiations to star alongside Page is Diego Luna (Vampires: Los Muertos, The Book of Life), having wrapped filming on Rogue One: A Star Wars Story.

The new script is reported to be somewhat more representative, with the main group consisting of three women and two men, as opposed to the 1 woman/4 men balance of the original’s core cast (completed by William Baldwin and Oliver Platt).

Production is due to begin in July.