The Cast for The Haunting of Hill House Adds Timothy Hutton

We’re very excited to see Mike Flanagan’s series re-telling of The Haunting of Hill House, because it has been due a return to the screen for quite a while. Although Robert Wise’s 1963 adaptation is a chilling classic, it is mighty intriguing to imagine what could be explored in a 10-episode tale. 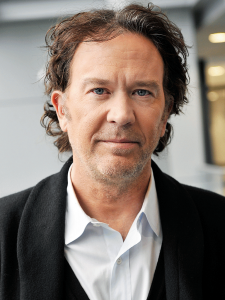 Timothy Hutton has now been added to the show and you may recognise him from the series American Crime, the teen horror #Horror or 2009’s The Killing Room. He is also set to star in the upcoming Jack Ryan series, Ridley Scott’s All The Money in the World and James Franco’s The Long Home.

The 10-episode series is a contemporary re-imagining of Shirley Jackson’s classic 1959 novel, which was first adapted by Robert Wise. The film was then remade as slightly less scarier, but nonetheless fun, version by Jan de Bont in 1999. As de Bont’s version was not particularly acclaimed, I’m sure many are looking forward to the Oculus and Ouija: Origin of Evil director’s take on the spooky events.

The Haunting of Hill House will be heading to Netflix later this year, so hopefully we’ll be treated to some footage sooner rather than later.