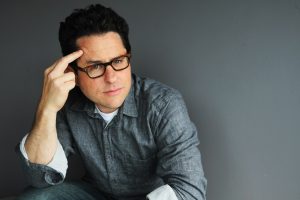 While October will see the release of the third film in Bad Robot’s ‘Clover-verse’ (which, while officially untitled, most of us are assuming to be Julius Onah’s God Particle), speculation is rife as to whether the J.J. Abrams-produced Overlord will become the franchise’s fourth entry. A Bad Robot/Paramount production, the World War II-set film will be directed by Son of a Gun helmer Julius Avery, and this week, the full lead cast was revealed.

Up-and-comer Jovan Adepo and Everybody Wants Some!!’s Wyatt Russell signed up back in March, and will be joined by Jacob Anderson (Game of Thrones), Dominic Applewhite (Sightseers, The King’s Speech), Pilou Asbaek (Ghost in the Shell), Iain de Caestecker (In Fear), John Magaro (The Big Short), Mathilde Ollivier (The Misfortunes of Francois Jane), and Bokeem Woodbine (TV’s Fargo).

On the eve of D-Day, a group of American paratroopers are dropped behind enemy lines to carry out a mission crucial to the invasion’s success, but as they approach their target, they begin to realize there is more going on in this Nazi-occupied village than a simple military operation. They find themselves fighting against supernatural forces, part of a Nazi experiment.

Overlord is due to begin shooting this month in the UK.