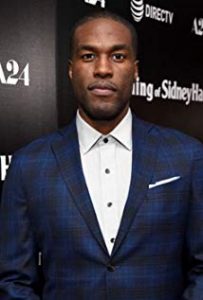 Yahya Abdul-Mateen II (pictured right) is starting to make a real name for himself in horror. Following his casting in Jordan Peele’s Us, it was announced earlier this year that he’ll play the titular role in Peele’s Candyman retelling. Now he’s joined the cast of Charlie Brooker’s Black Mirror, alongside Anthony Mackie, who played Falcon in the Captain America movies.

There are no details yet about what we might see from the actors’ episodes, although knowing the mind of Brooker, they’re sure to be twisted. The highly anticipated fifth season has been delayed following the intense work that went into Black Mirror: Bandersnatch, though we can still anticipate a 2019 release date.