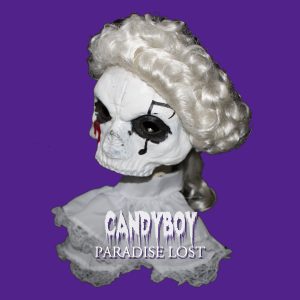 Born in 1987, Candyboy the Archbishop of Rock, stage name of Andrea Chiarini is the best emerging horror artist of 2020. Five albums released (Hellawood, Acoustic in Midwest, Virtuoso, Doomsday, Paradise Lost) with over 500.000 streams on his Vevo channel.

It would be an understatement to define him only as a guitarist, his music embraces horror at 360 degrees. He is involved both in front of albums, concerts and in horror short movies like “Death Funky’s trilogy” released and on the making of of “Nox Obscura ” coming in 2021.
Among his great influences we find Dario Argento regarding movies and was mentioned as one of the super modern horror guitarists along with the names like John 5 and Buckethead.

But the “matrix” of Candyboy the Archbishop of rock, is exquisitely of classical education, he studied classical guitar for over ten years at the G.B. Pergolesi conservatory in Fermo, Italy. Has been considered the new Paganini of guitar and has reinvented a certain classical music by bringing an esoteric and horror charm of undoubted magnetic charge. 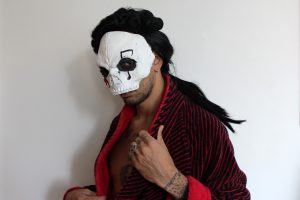 He recently opened his horror boutique with a line for men, women and children, showing his signature “Brimstone coffin” guitar used for his latest album.

You just have to see and hear his “Paradise Lost”