You Can Enter The House of Purgatory This Month 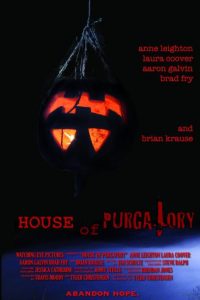 Director Tyler Christensen taps into a real-life legend which he heard while growing up, in his first feature film titled The House of Purgatory. The story follows a group of teenagers as they search for a house on Halloween night that, legend has it, pays you for every floor you make it up to. Sound too good to be true? It probably is, because as you’d expect, they get more than they bargained for because the house knows their deepest and darkest secrets…

You can check out the trailer below, which shows the teenagers facing their greatest fears when they are terrorised by secrets they have been desperate to hide. It’s got a few visually impressive moments and seems to be inspired by Tobe Hooper’s Funhouse, the films of Rob Zombie and even the more recent The Windmill Massacre.

You can rent or buy The House of Purgatory from 21st October on iTunes, Xbox, Amazon Instant, Google Play, Vudu, PlayStation and YouTube.