Cabin in the Woods Visited by Demon Unicorn in Tarnation

Microbudget horror Tarnation certainly looks to be taking the old cabin in the woods setup to previously unexplored territory, as evidenced in this nutty trailer, which appeared on the film’s Facebook page a while back.

The film is written and directed by Australian filmmaker Daniel Armstrong, the man responsible for bringing us roller derby/demons flick MurderDrome, Fight Like a Girl, Metal Murder 3D and most recently, SheBorg Massacre. It will be the fourth film produced by his Strongman Pictures outfit, and brings back some of his regular cast members including Daisy Masterman, Emma-Louise Wilson and Sean McIntyre.

Tarnation is currently nearing completion in Melbourne. From the look of the trailer and these stills, it looks to be every bit as batshit crazy as Armstrong’s fans have come to expect from his work. 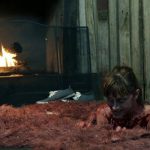 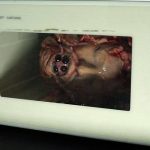 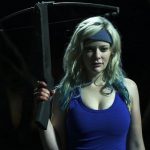 When Oscar is fired, and her boyfriend walks out (taking the cat), she heads to a remote cabin in the woods outside a ghost town called Tarnation. Here she plans to reflect on her life choices. Unfortunately for Oscar the woods are home to a Demon Unicorn, whose satanic master seeks Oscar’s blood to complete a ritual that will raise Satan Himself from Hell. Oscar is thrown into a battle with a demonic force that can possess anyone, and anything, living in the woods. Oscar must fight for her life, and ultimately face the evil in her own soul, to stop Tarnation falling upon the world.