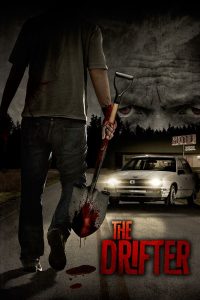 A new clip has been released for The Drifter, the feature film debut of director Craig Calamis. The film follows a troubled man (Christopher Lee Gibson) who, while searching for his past, falls into a downward spiral sparked by an old acquaintance.

The clip (below) shows the Drifter facing off against two kids that are giving another a hard time. However, they picked the wrong place to be bullies – mostly because it’s broad daylight and anyone could have stopped them – but also because, this Drifter will take no shit from nobody.

Also check out the official trailer (below), to see Gibson’s Drifter wreaking violent havoc in a small town. We love the film’s preoccupation with violence that reminds us of classic Exploitation flicks, but the promise of psychological drama in the head space of this antagonistic protagonist looks mighty appealing, too.

The Drifter will be released worldwide on 6th June.