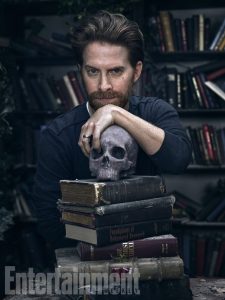 It’s been twenty years since Joss Whedon’s hit series Buffy the Vampire Slayer first aired, and gave many young ‘uns their first taste of screen horror, and teenagers a relatable drama with a little more edge than Dawson’s Creek. To celebrate the occasion, Entertainment Weekly has brought the cast back together for the first time in over a decade. Check out some of the photos below; if you were a fan, they’re sure to give you a serious case of the warm n’ fuzzies.

Running from ’97 until 2003, the supernatural teen drama starred Sarah Michelle Gellar as Buffy Summers, who was forced to struggle with not only being the new kid at Sunnydale High, but also the responsibility of defending the world from vamps, demons and any number of other nasties. “It’s the ultimate metaphor: horrors of adolescence manifesting through these actual monsters,” Gellar told EW.

The reunion brought Gellar together with fellow cast members including Nicholas Brendon (who played less-than-popular friend/initially reluctant fighter of the undead Xander), Alyson Hannigan (Willow), David Boreanaz (Angel), Emma Caulfield (Anya) and Seth Green (Oz), as well as all other key players, except for one notable exception. Anthony Stewart Head, who played school librarian and Buffy’s ‘Watcher’ and mentor Giles, tweeted: “So sad I couldn’t join the reunion – wasn’t for lack of trying – literally coincided with the tech rehearsal of Love In Idleness. Bummer.” 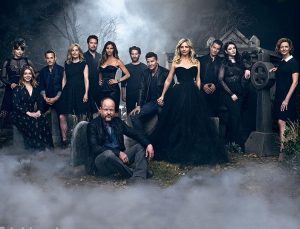 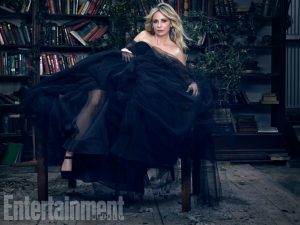 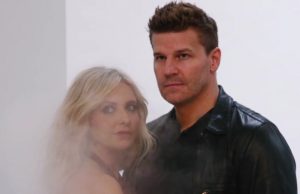 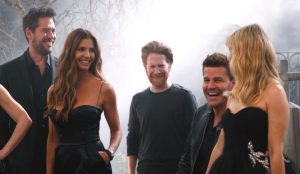 “This is surreal,” Whedon said. “For the most part, this is like a high school reunion but much worse because they all still look really great. I was hoping some of them would puff out a bit. But that did not take place.”