Bryan Bertino’s The Monster Gets a Blu-ray Release 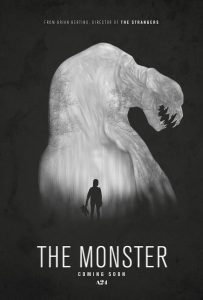 Bryan Bertino’s The Monster has nabbed itself a Blu-ray and DVD release courtesy of Lionsgate. The film, from the director of The Strangers and Mockingbird, follows a mother and daughter as they fight to survive against a malicious creature. The pair are on a late night trip and their nightmare begins when their car suffers a collision, leaving them stranded and surrounded by desolate woodland. Plus, the monster that lurks in the darkness.

We loved The Monster and particularly enjoyed the interaction between the two leads, played by Zoe Kazan and Ella Ballantine, as well as the emotional core at the film’s centre. It may be a horror film, but The Monster is packed full of emotive sequences that do well at heightening the threat of the physical monster, but also at touching upon the story’s more heart-felt threads. You can check out our almost perfect review of the film here.

The Monster will arrive on DVD and Blu-ray on 24th January 2017.