While studios juggle and stumble around blindly trying to get their major slasher franchises back on track, director MJ Dixon and the team at Mycho Entertainment continue to expand on their microbudget Brit-slasher universe, explored in Slasher House, Legacy of Thorn, Cleaver: Rise of the Killer Clown, Hollower and the gloriously-titled Slaypril Fools Day.

Heralded by this trailer, the latest entry in the Mychoverse series is a sequel to the film that kicked it all off, 2012’s Slasher House. Currently in post-production, Slasher House II stars Francesca Louise White (Fractured Minds) as final girl Red, replacing Eleanor James (Dead Cert) from the first film. Aside from the casting switch it looks to be business as usual however, with bold colours, Blade-esque action and a fun, comic-book vibe. 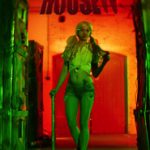 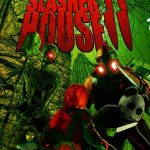 Here’s Mycho’s official synopsis:
Red arrives in London to find that serial killers have been disappearing for days. Along with computer genius Luse and a stripper named Amber, Red finds herself caught in the crossfire when they investigate a series of murders at a private hospital, where Amber and a young girl named Molly are kidnapped. Red tracks them to a factory on the outskirts of town and begins an assault as she tries to save the two girls before it’s too late. But the factory holds a dark secret that will lead her to a much greater nightmare.